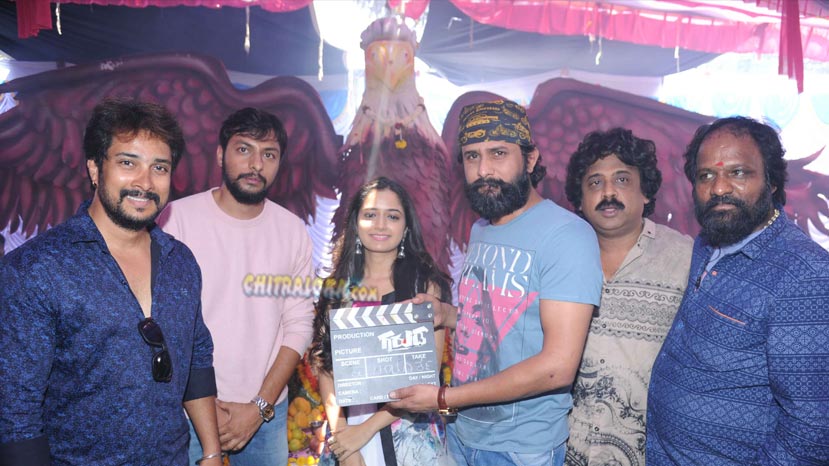 Well known choreographer Dhanakumar is all set to turn director with a new film called 'Garuda' and the film was launched on Monday morning at the Kanteerava Studio in Bangalore. Srinagara Kitty sounded the clap for the first shot. 'Nenapirali' Prem and others were present as chief guests at the launch.

'Garuda' marks the return of Siddarth Mahesh who made his debut with 'Sipayi' with last year's 'Sipayi'. Now Siddarth is back with 'Garuda'. Deepa Sannidhi and Ashika Ranganath of 'Crazy Boy' fame have been roped in as the heroines of the film.

Raghu Deekshith who is back composing music has composed the music for this film. Jai Anand is the cameraman.