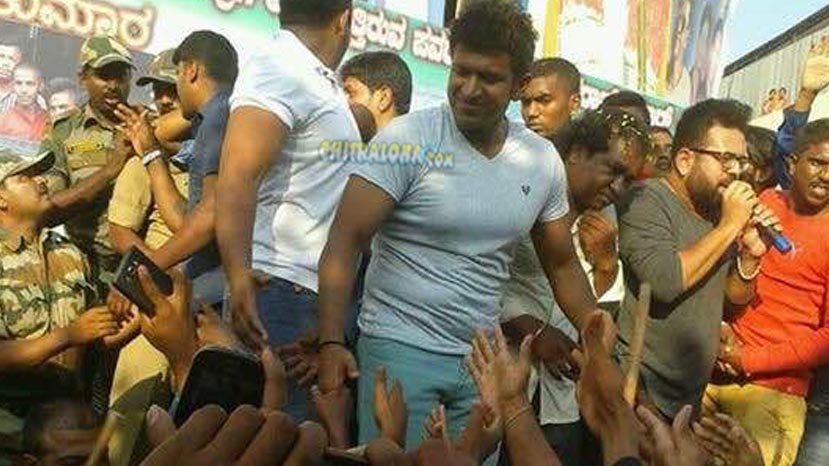 Puneeth Rajakumar starrer 'Rajakumara' has completed 50 days successfully at the box office. The film has collected 50 crores in the last 50 days and has become the highest grosser of 2017 and is all set to complete 100 days.

Meanwhile, the team has decided to visit theaters across Karnataka and thank the audience for making the film a huge success. The team of 'Rajakumara' including Puneeth Rajakumar, director Santhosh Anandaram and others visited theaters in Chickmagalur, Hassan and Mysore. The team will be moving to other towns in the next few days.

'Rajakumara' is produced b Vijay Kiragandur of Hombale Films and directed by Santhosh Anandram. Santhosh himself has written the story and the screenplay of the film. V Harikrishna is the music director, while Venkatesh Anguraj is the cameraman. The film has an ensemble star cast including Puneeth Rajakumar, Priya Anand, Sharath Kumar, Ananth Nag and others