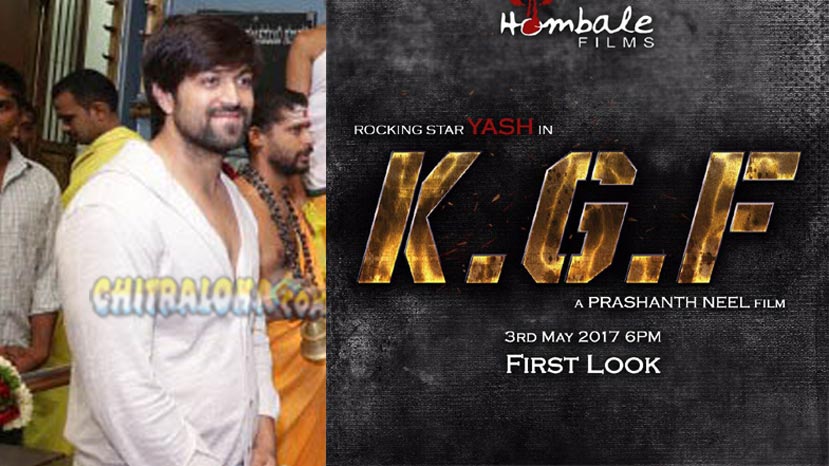 The shooting for Yash starrer 'KGF' is in full progress and the first look of the film is all set to be released today evening at 6 PM through social media.

'KGF' is written and directed by Prashanth Neel who had earlier directed Murali starrer 'Ugram'. This is his second film as a director and the film is produced by Vijaykumar Kiragandur, who had earlier produced 'Rajakumara', 'Ninnindale' and 'Master Piece'. The film has music by Ravi Basrur and camerawork is by Bhuvan Gowda.