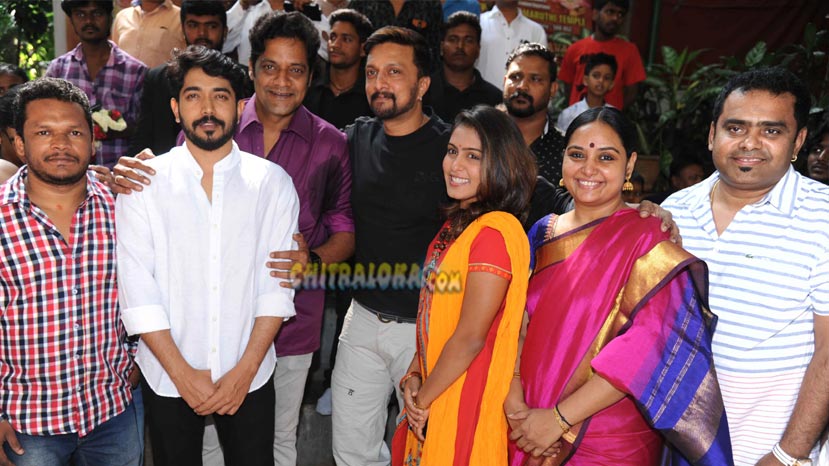 Director Santhu's new film 'College Kumar' was launched on Monday morning at a temple in Bangalore and Sudeep came over as the chief guest and wished the team of the film a huge luck. Sudeep also sounded the clap for the first shot of the film.

'College Kumar' stars Vikky and Samyukta Hegde as the hero and heroine. Ravishankar and Shruthi also play prominent roles in the film.