Radhika Pairs Up With Arjun Sarja in Contract 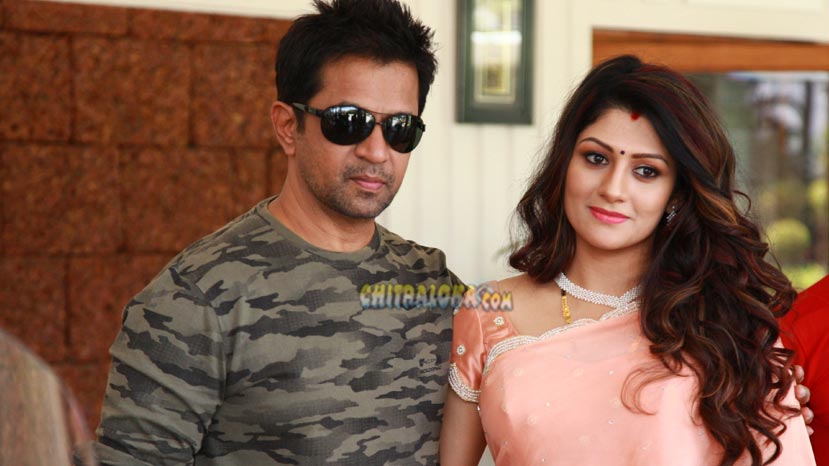 After 'Rudra Thandava', actress Radhika is back to acting with a new film called 'Contract'. Radhika is paired opposite Arjun Sarja in this film and the shooting for the film is being held currently in Kolhapur.

'Contract' was launched almost four years back in Bangalore. However, there was no news about the film after the launch. Now the film seems to have been revived and the shooting for the film has started once again. Earlier, Minisha Lamba was said to be the heroine. Now Radhika has stepped into her shoes as the heroine.

The film is written and directed by Sameer. The film stars Arjun Sarja, Radhika, J D Chakravarthy, Faisal Khan and others in prominent roles. Anil Lal is the cameraman, while Subhash Anand is the music director.