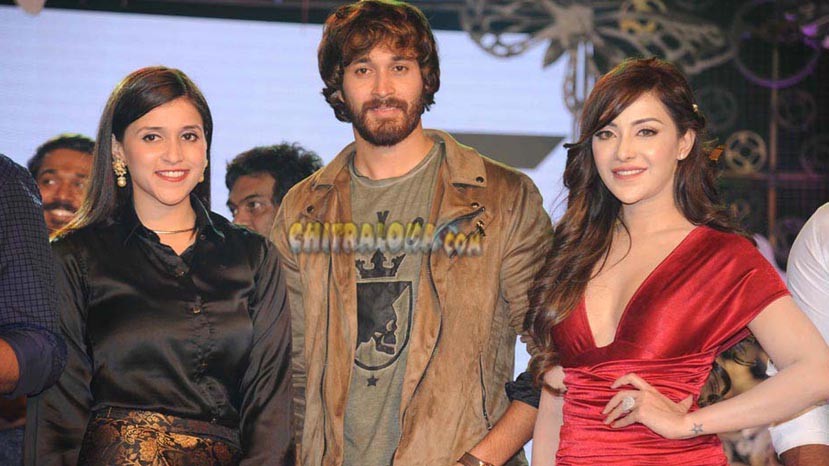 The audio release of C R Manohar's new film 'Rogue' was a big event in the Kannada film industry and the songs of the film were released amidst much fanfare in Palace Grounds. 'Rogue' marks the debut of Ishan and comeback of acclaimed director Puri Jagannath to Kannada cinema. The film is made in Kannada and Telugu simultaneously and the audio of the film was released in a grand scale. Sudeep, Srinagara Kitty, Srikanth, Prem, Rakshitha, Ragini, Sanjana, Sunil Kumar Desai, Karnataka Film Chamber of Commerce president Sa Ra Govindu and others were present at the occasion.