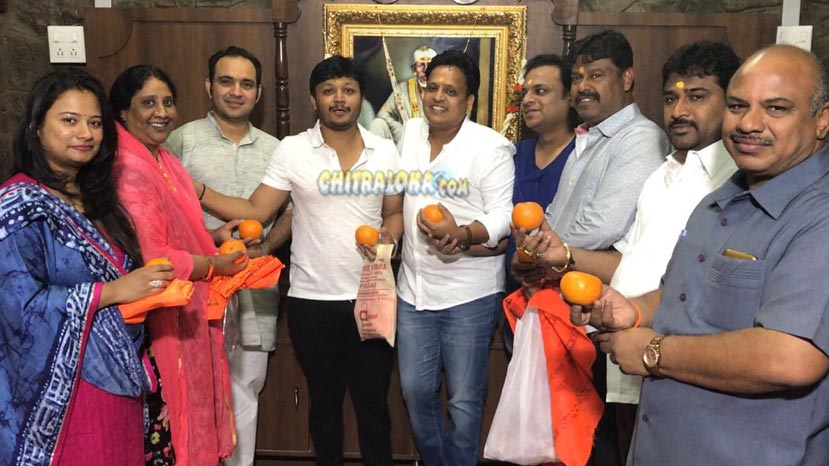 ganesh to act in orange

After 'Zoom', Prashanth Raj is all set to direct Ganesh once again in a new film called 'Orange'. The film is being produced by Naveen G S under the Nimma Cinema banner.

Though the film is scheduled to start later, the title launch of the film was held on Saturday morning at Shirdi Sai Baba temple at Shirdi. Ganesh and Shilpa are celebrating their marriage anniversary today and on the same day, the title has been launched.