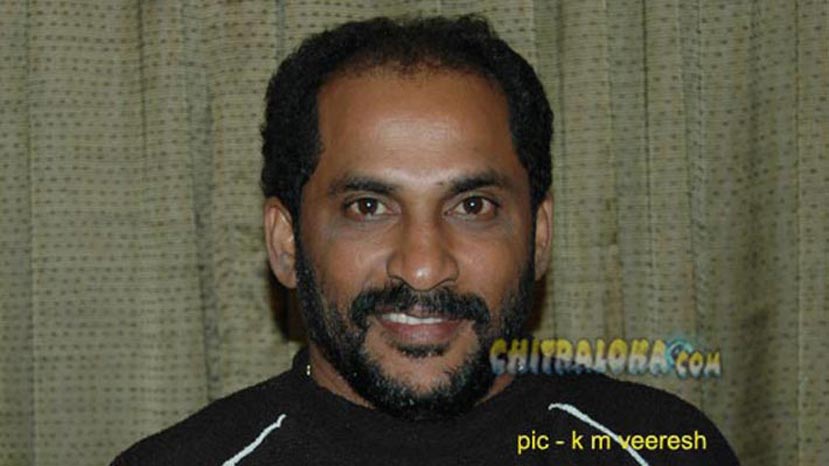 Bala Muththayya who was once known as the luckiest distributor of Kannada films has now been arrested in Hyderabad by the Karnataka Police. The Karnataka Police were acting on a court order which wanted him to be produced in court. The case related to a petition filed by Dhanaraj who is a BBMP corporator from the Dharmaraya Swami Temple constituency. Bala Muththayya was earlier well known as a friend of Crazy Star Ravichandran and was always seen in the muhurath of the Crazy Star's films. He was a permanent feature in any function organised in Ravichadnran's residence. His association with Ravichandran prompted him to make a film with his friend titled as Ramakrishna. The film earned a little profit for him.

Bala Muththayya was known as a distributor with Midas touch after he distributed Dr. Vishnuvardhan starrer Aaptha Mithra produced by Dwarakish and directed by P.Vasu. The film ran so well that Bala Muththaayya became a blue eyed distributor for many Kannada film producers who wanted to release their films through his office. But Bala Muththayya squandered all the good will he got from the success of Aaptha Mithra by making films like Rama Krishna, Nammanna and Neela Kanta which did not achive the expected level of success.

Ravichandran and Jaggesh starrer Rama Krishna did make money, but Sudeep starrer Nammanna directed by Shankar was a big flop. Then Bala Muththayya made Neelakantaa with Ravichandran and Sexy Namitha in the lead. He had sold the distribution rights of the film for fancy prices, but since the film did not do well in the expected lines, Bala Muththaayya faced trouble.

Meanwhile the news about Bala Muththayya's excessive gambling habits were also in circulation and the Gandhinaagar sources were telling that the distributor with a Midas touch had lost money on account of his gambling habits and not so much producing films. When the pressures from the financiers grew bigger and court cases were piling up against him, Bala Muththaayya shifted his family to Hyderabad where his brothers were also involved in the Poster business.

However the Bengaluru Police caught up with him in Hyderabad and was arrested. Later he was brought to court where he obtained bail.