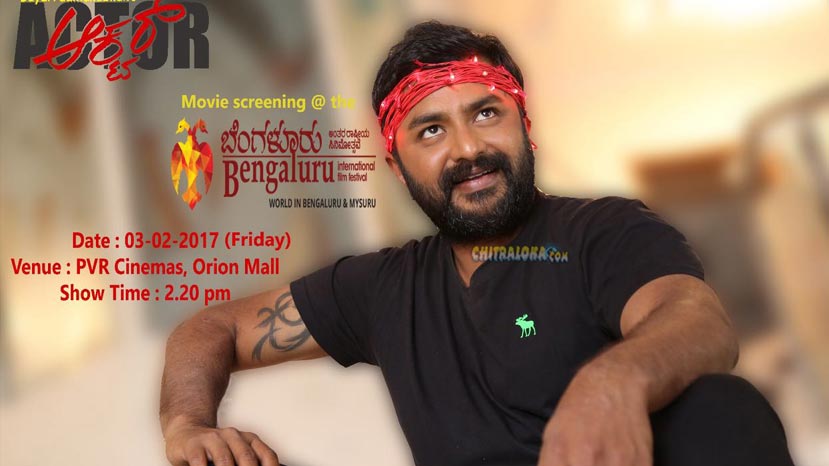 Actor, directed by Dayal Padmanabhan is one of the most acclaimed films of Kannada in the last year. The film stars Naveen Krishna in the lead role and has a minimalist characters. The film was widely appreciated critically and was praised for its portrayal of an actor's life.

The festival lists the film's synopsis thus: "The film is a view into the life of a once successful actor, Sanjay. He undergoes mental and physical traumas due to his series of failures.  He looks at delivering quality products in terms of content and performance, ends up with 2-3 films that do not do well at the box-office. This affects his psyche and what this process of failure zoning has done to him forms the crux of the story.  Lessons for life or mere rescues can come from anybody. How Sanjay’s much valued maid offers this lesson to rejuvenate his state of mind is the significant part of the feature."

The film made its premier at last year's BIFFES under the world premier and this time is in the competition section. In the meantime, it was released commercially in theatres winning the appreciation of the audience.