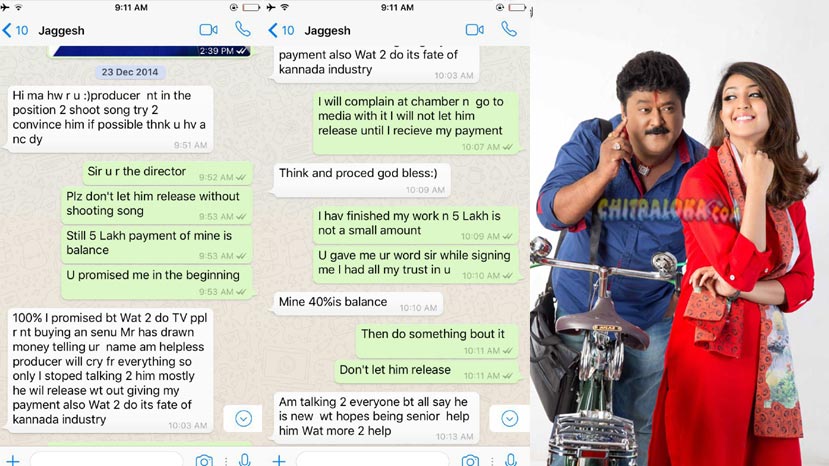 According to news reports Aindrita Ray is not attending the promotions of her upcoming film Melkote Manja. But the actress has refused the claims saying she has not been paid the remaining remuneration of Rs 5 Lakhs for the film.

She has also posted the whatsapp conversation she had with the hero and director of the film Jaggesh to buttress her claim. The film is scheduled for release on February 10. The conversation dates back to December 2014.