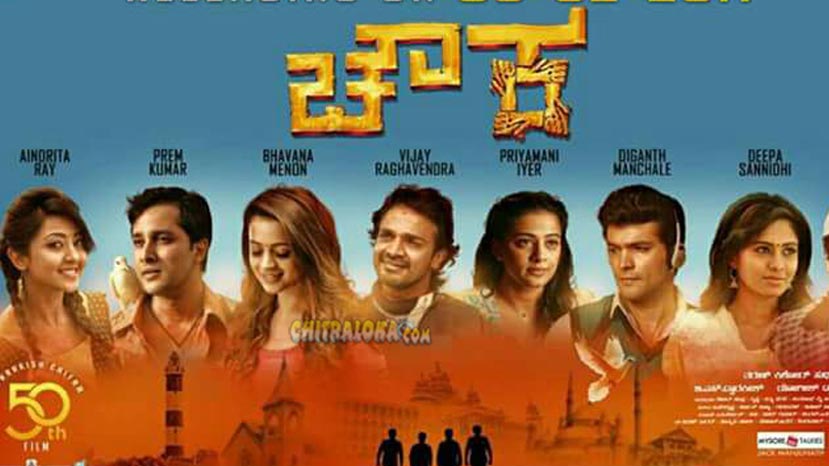 The final technical corrections on the film Chowka was completed today and the film is ready for uploading for satellite telecast to theatres. The film is releasing this week and is one of the biggest multistarrer films made in Kannada.

The film has four heroes and four heroines including Vijay Raghavendra, Prajwal Devaraj, Nenapirali Prem, Diganth, Aindrita Ray, Deepa Sannidhi, Bhavana and Priyamani. Director Tharun Sudhir gave the finishing touches to the film at a studio in Bengaluru on Monday.