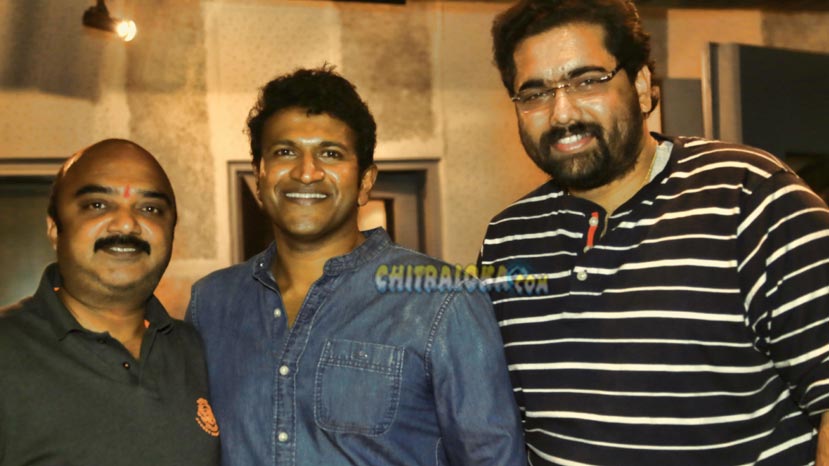 Dwarkish's 50th film 'Chauka' has another attraction to it. After Darshan acting in a cameo in the film, now it's the turn of Puneeth Rajakumar to make his presence in the film. Puneeth has sung a song for the film on Wednesday.

'Chauka' is almost completed except for some little production work and the film is likely to release this month end or in February. 'Chauka' is a multi starrer film with Prem, Prajwal, Diganth and Vijay Raghavendra playing prominent roles in the film. Aindritha Ray and Deepa Sannidhi, Priyamani and Bhavana Menon are playing the female leads. Tarun Sudhir brother of actor-director Nandakishore is all set to be make his debut as a director through this film. Five music directors, five cameramen and five dialogue writers have worked for the film.