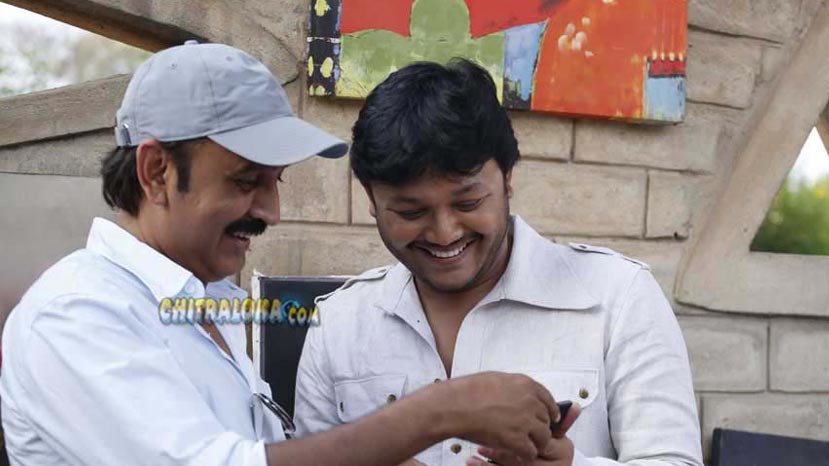 Golden Star Ganesh's new film Sundaranga Jana is releasing in 220 screens across Karnataka in Friday. The film is directed by Ramesh Aravind. There is speculation that Ramesh Aravind has played a cameo in the film.

But no one in the film has revealed anything about it. Sources said that Ramesh Aravind will be on screen not just behind it. But if it is only through voice or images is not known. Everyone has kept it a suspense. This suspense will be revealed in a few hours as the film opens up for release.

Ramesh Aravind was not seen on screen in the last film he directed, Uttama Villain, that starred Kamal Hassan.