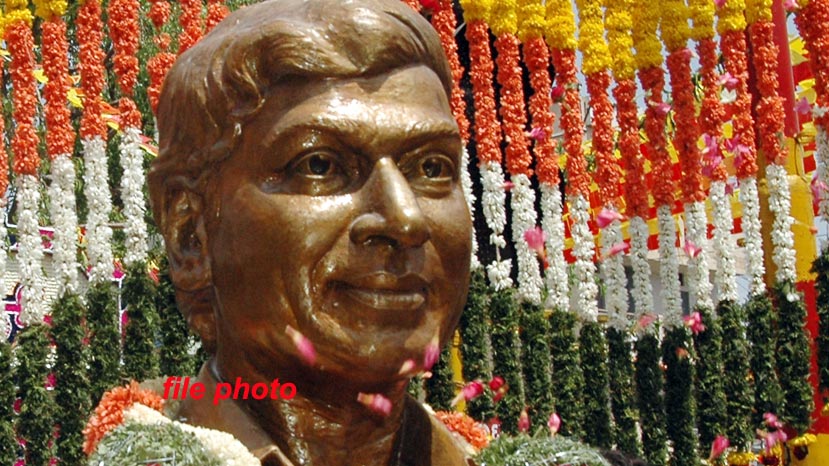 Rajkumar's daughter Lakshmi was present at the unveiling along with KRV Chief Narayan Gowda, local dignitaries including Abhimani T Venkatesh, educationist Balakrishna and others. The tribute to Rajkumar was planned 10 years ago and was also completed early. But due to various bureaucratic red tape, it was stuck.

The statue resembles Rajkumar from his role in the film Sri Krishnadeva Raya.