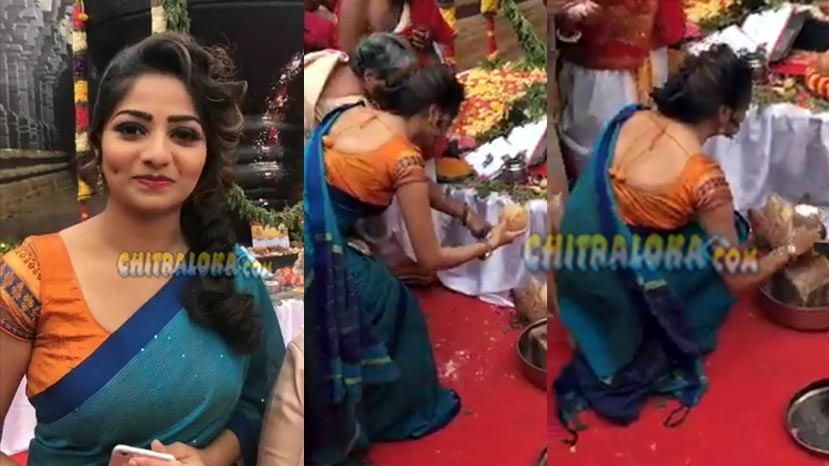 The new film starring Real Star Upendra and Dimple Queen Rachita Ram had its muharat at the Sri Kanteerava Studios. A funny incident had everyone take notice. As is the tradition the start of the film during the muharat, a coconut is borken.

When asked, she said she did not know how to break a coconut. The film's producer Vijayalakshmi Urs who is the ex-chairperson of Kanteerava Studio, showed her to break it on the stone placed for the purpose.On the second attempt itself Rachita Ram managed to break the coconut to everybody's applause. T

he film has not been named yet and is directed by Mahadev.