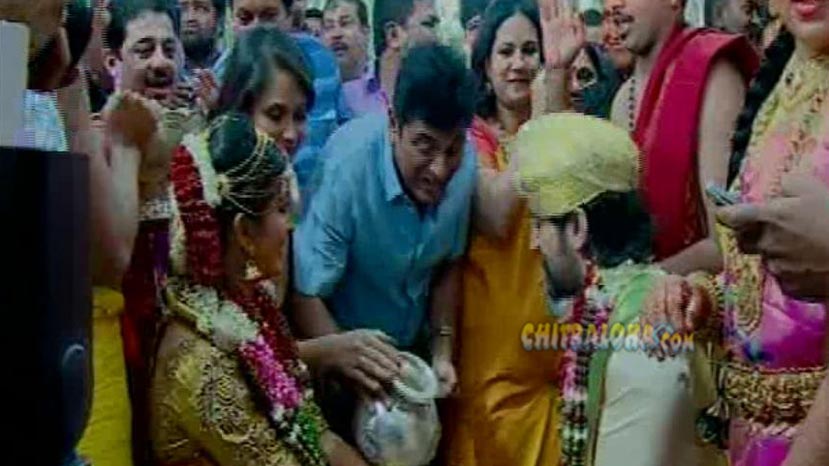 Actor Yash married his long time girl friend Radhika Pandith on Friday afternoon at Taj West End hotel in Bangalore. The marriage was attended by many politicians and celebrities from the Kannada film industry. Shivarajakumar, Ravichandran, Sudeep, former Chief Minister S M Krishna and others were present at the occasion.

Yash and Radhika Pandith has organised a two day reception in Bangalore on 10th and 11th of December at the Tripura Vasini in Bangalore. Yash has invited his all media and film industry friends on the 10th of December, while the reception on Sunday is exclusively for fans of both the artistes and workers from the Kannada film industry.