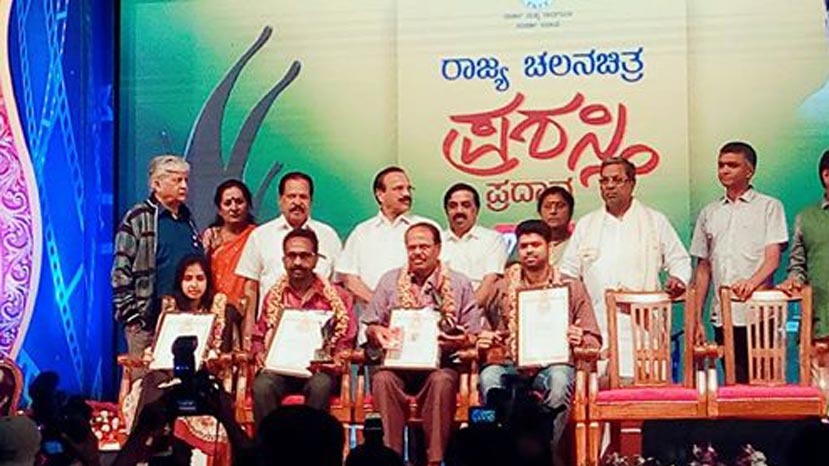 This is the third time KM Veeresh has entered  the State Award function on the stage. First was for the Co-produced movie Kada Beladingalu movie which go State award and again for the national award for the same movie held at Shimoga.

In the State Award List for the year 2014 journalist Udaya a marakini was announced and columnist Udaya Marakini written Touch screen book and published by Chitraloka was also awarded.

Due to health issues, Udaya Marakini's daughter received the award instead.