Mukunda Murari To Release In 300 Theaters 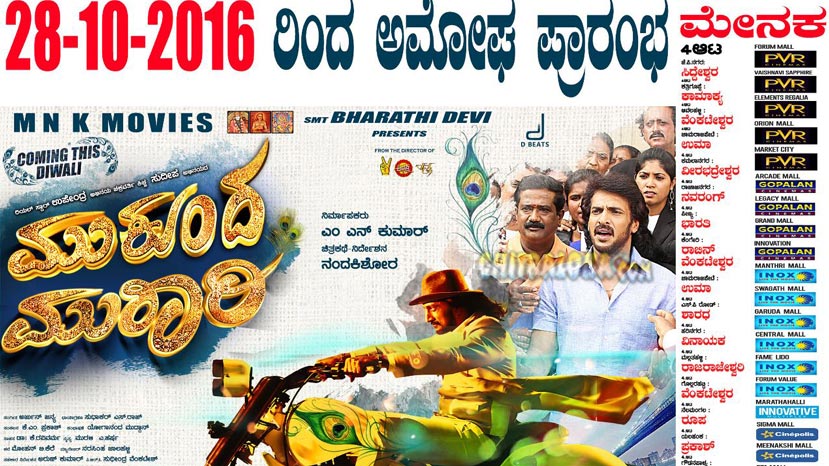 mukunda murari to release in 300 theatres

Upendra-Sudeep starrer 'Mukunda Murari' is all set to release on the 28th of October in 300 theaters across Karnataka. The film will be releasing in non-Kannada theaters as well as many multiplexes.

'Mukunda Murari' is directed by Nandakishore and already the film is in the post-production stage. Apart from Upendra, Sudeep, Nikitha, Ravishankar, Avinash, Devaraj and others have played prominent roles in the film. The film is being produced by M N Kumar.