Prakash Rai In London For The Europe Premiere Of Idolle Ramayana 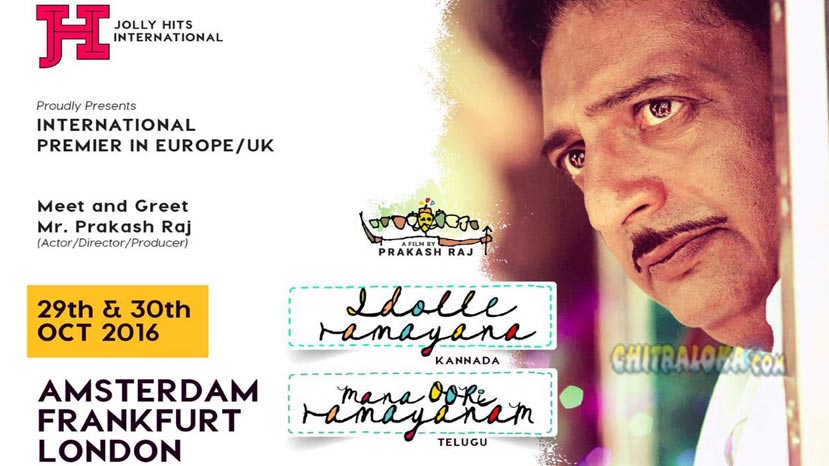 Actor Prakash Rai is in London for the Europe premiere of his latest film 'Idolle Ramayana' which was released earlier this month. The film will be released in London, Frankfurt and Amsterdam on 29th and 30th of October. Prakash will be participating in an interaction session with the audience.