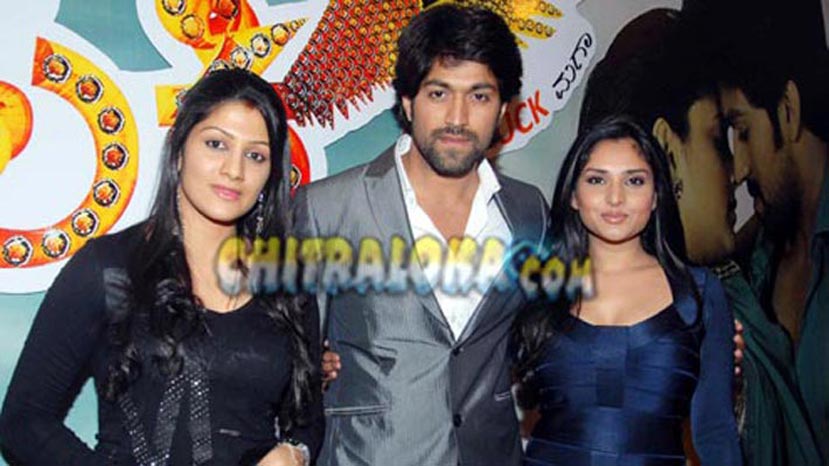 A Few months back actress Radhika had started a film called 'Bangalore 78' starring Aneesh Tejeshwar and others. If sources are to be believed, the film has reached a dead end and Radhika has decided to shelve the project due to unknown reasons.

That doesn't mean Radhika has bid goodbye to Sandalwood. The actress turned producer is Radhika is backwith a new film. This time Radhika's counterpart actress Ramya is playing a pivotal role in the film. Yash is her hero. Ramya has herself tweeted this news and has said that she is excited to act in Radhika's home production.

Signed a movie called "lucky". The movie is being produced by Radhika:o) the kannada actress Radhika! It was so much fun catching up with her! The movie goes on floors in aug, Yash plays the male lead. Kitappa will handle the camera, debut director, its a fictional story about a dog, a boy named lucky and the girl of his dreams.

The movie will also have a lot of graphics. Its like reading a story book..its funny as funny can be. Will be Radhika's debut production.