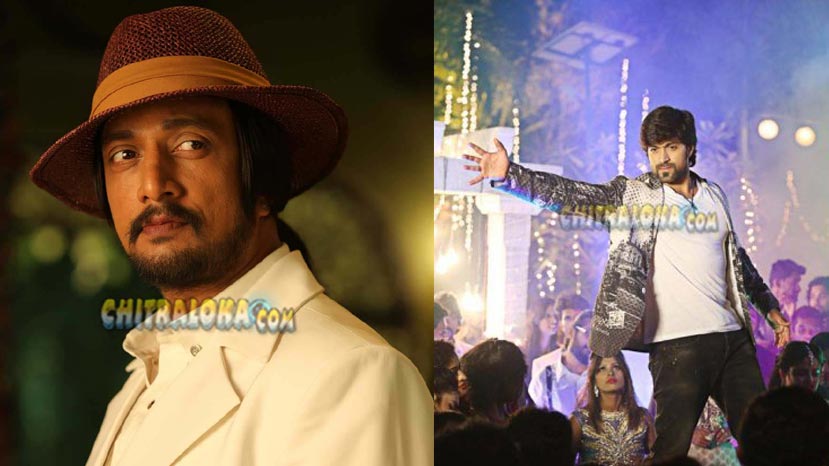 There is a big clash expected at the Sandalwood box office this month-end. Two of the biggest films of the year, the multi-starrer Mukunda Murari starring Upendra and Sudeep and the Yash starrer Santhu Straight Forward are releasing on the same day.

Mukunda Murari is releasing on October 28, the film makers have announced. K Manju the producer of Santhu Straight Forward has also said that he is releasing his film on October 28. Both the films are looking forward to en cash the long holiday season. As many as five holidays are available that week and any film would expect to attract a large number of holiday audience.

It has been a while since two big films have clashed at the Kannada box office. It is always the attempt of film makers not to clash at the box office when the films are big-budget ones.

Especially films of big stars avoid a clash so as not to eat into each other's collections. But this time, it seems a clash is inevitable as both the producers are adamant on releasing the film on October 28 itself.