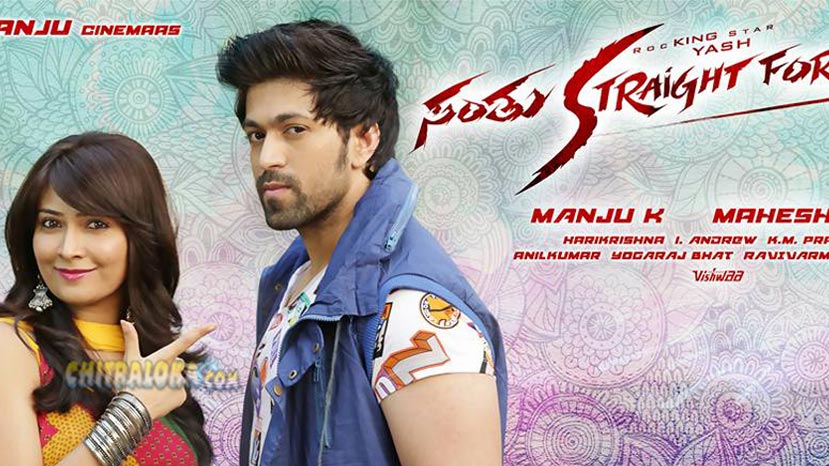 Yash's new film Santhu Straight Forward is likely to release this month itself. The film team is working tirelessly to get the film to release on October 27. The patch up shooting work for the film is underway in Kanakapura currently and one more song has to be shot. The shooting schedule requires 7 more days.  The technical work on the film

The technical work on the film is however up to date. Shooting will be completed by October 10 latest. Sources in the film team say the film will be sent for Censor certification in advance and the film will be definitely ready for release on October 27.