Actress Yamuna Returns Back With Raja-Hamsa 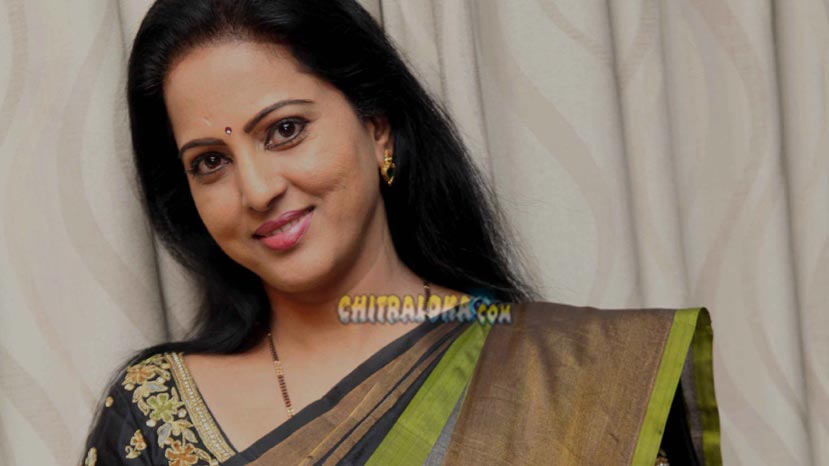 Actress Yamuna who was last seen in 'Duniya' Vijay starrer 'Kanteerava' is back to Kannada films with after a gap of five years with a new film called 'Raja-Hamsa'. Yamuna is seen as Gowrishikhar's mother in this film.

Actress Yamuna was accused of being a part of a prostitutin racket.She was also arrested by Bangalore City Police on this charge. After that actress Yamuna was away from acting and recently she was seen acting in Telugu serials. Now the actress is back playing the role of mother to Gowrishikhar in this film.

Yamuna says she was falsely alleged in the case and now she has come out clear in that case. Yamuna is looking forward to act in films in the coming days.

Yamuna Back To Acting