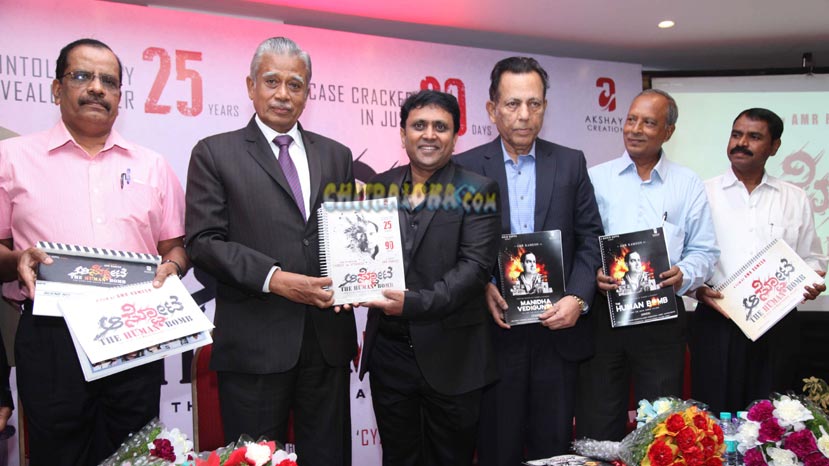 A M R Ramesh's new film 'Aspota' which is based on the assassination of former Prime Minister Rajiv Gandhi was launched in Bangalore. Retired Special Director of CBI D R Karthikeyan, retired DGPs Kuchanna Srinivasan and Gopal B Hosur and retired DG and IGP Ramalingam handed over the script and clap board of the film to A M R Ramesh.

'Aspota' is being made simultaneously in four languages in Kannada, Tamil, Telugu and Hindi. The shooting for the film is all set to start in the month of November and Ramesh plans to release the film on the death anniversary of Rajiv Gandhi.

The shooting for the film will be held in Bangalore, Chennai, Sri Lanka and other places.