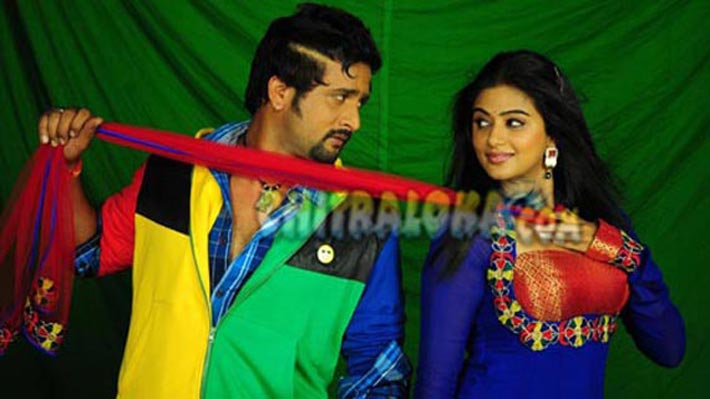 The music recording of Mylari Chandru directed Ko Ko produced by B harani Minerals production house has commenced on the AkshayaThrithiya festival day at the Prasad Recording Studios. Ramana Gogula is the music director of the film Shivaraj Kumar and his wife Geetha Shivaraj Kumar lighted the lamps at the beginning of the music recording function.

Later addressing the media, Chandru said that the film will a making film which will have components ot rich production values, stylish visualation and a brisk narrative. He said actor Sreenagara Kitty was always his first choice for the first two films he had directed, but some how the things had not worked out then. "I am happy to be working with Kittappa now' he said. Producer Bhaskar who has written the story of the film is already producing another Kannada film Lakshmi with Shivaraj Kumar and Priyamani in the lead which is directed by Raghava Loki. Ramana Gokula who has come back to Kannada films after a gap of nearly a decade said that he was happy to be working in a film made by passionate group of film enthusiasts. Though melodious song compositions are his forte, Ramana said that he is still not definite as to how the film's songs will shape up. "I have already composed one song for the film which has taken me just twenty minutes of time.

I think it is all god's blessings. Some time one song composition may take a longer time. It is a divine intervention' said Ramana.