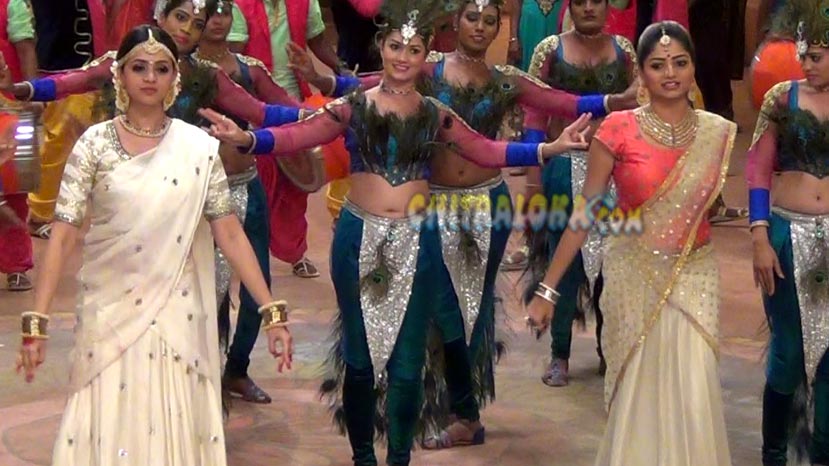 Well known actresses Bhavana Menon and Rachita Ram has danced with Upendra and Sudeep for a special song for the film 'Mukunda Murari'. The shooting for the film was almost complete except for a song and the final song of the film has also been picturised in a specially erected set. Upendra was present on the first day of the shooting and today Sudeep danced with Bhavana and Rachita Ram.

Apart from Upendra, Sudeep and Nikitha, actor Ravishankar, Avinash, Tabla Nani have also played prominent roles in the film. The film is being produced by M N Kumar and senior producer Jayasri Devi is presenting the film.