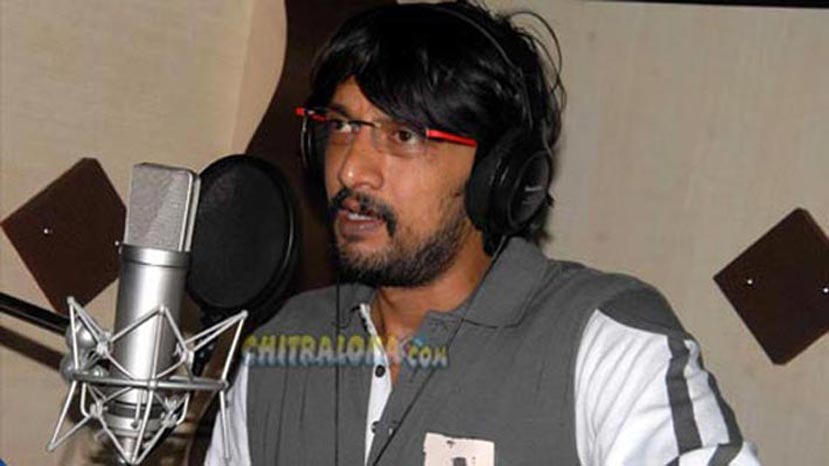 Kicha Sudeep who is riding high on the success of his recent film Kempe Gowda is now working hard to complete the talkie portions of his forthcoming release tentatively titled as "Veera Vishnuvardhana '. The talkie portion shooting of the film will be completed by May 19.

"Veera Vishnuvardhana' has been scripted by its director Kumar who was one time assistant to Tamil director KS Ravi Kumar. Surprisingly it looks as if that Kichcha is more interested in backing up new films with original stories and talented directors.

Though Kempe Gowda which is a remake of Tamil Hit Singam has become hugely successful, it looks as if Kicha is not inclined to work in remakes in the near future. There were many offers that came way to the actor in recent times by some established banners, but Sudeep has not accepted these offers and has even rejected a prestigious product from a big time producer. The film should have been the remake of Mahesh Babu's hit Athadu. Infact Maadesh who has been identified in the film industry as a director of remakes really wanted to do Athadu in Kannada, but Sudeep has clearly rejected this offer and has written his impressions in the twitter page.

It is now confirmed that Sudeep has already told producer KCN Kumar who wanted to remake Telugu Hit Kick that he would opt for a film with an original story line. Now, Kumar is trying to get a good director with an acceptable script to be narrated to the actor. Kumar has identified five young talented directors and has advised them to bring in good scripts. Already he has advised Olave Mandara director Jayatheertha to bring in a good story and brief Sudeep about his story.

Jayatheertha is already on the job of creating a right script for Sudeep. Sudeep will ultimately decide about the original script he wants to work for his next film to be made by KCN Kumar