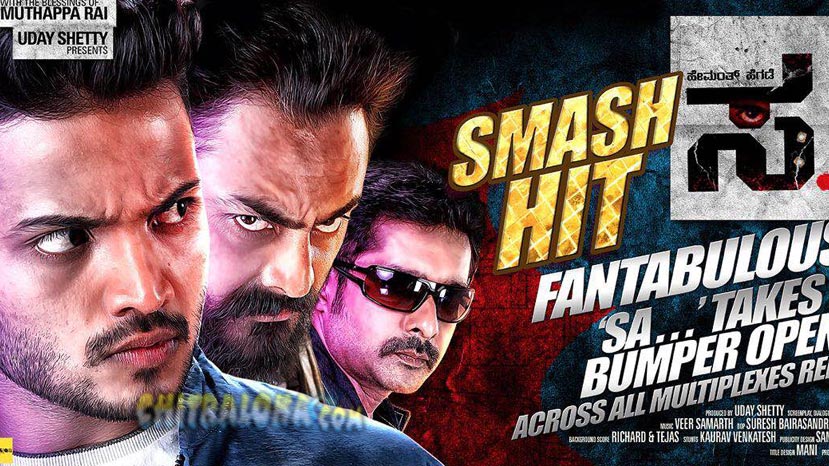 Hemanth Hegade's new film 'Sa' which was released in six multiplexes in Bangalore, Mysore and Mangalore has taken a good opening in Box-office.

Hemanth Hegade says the film has taken 70% good opening at the box-office and is appreciated by one and all.

'Sa' stars JK, Vijay Surya, Hemanth Hegade, Samyuktha Belavadi and others in prominent roles. Veer Samarth is the music director while Suresh Byrasandra is the cameraman.