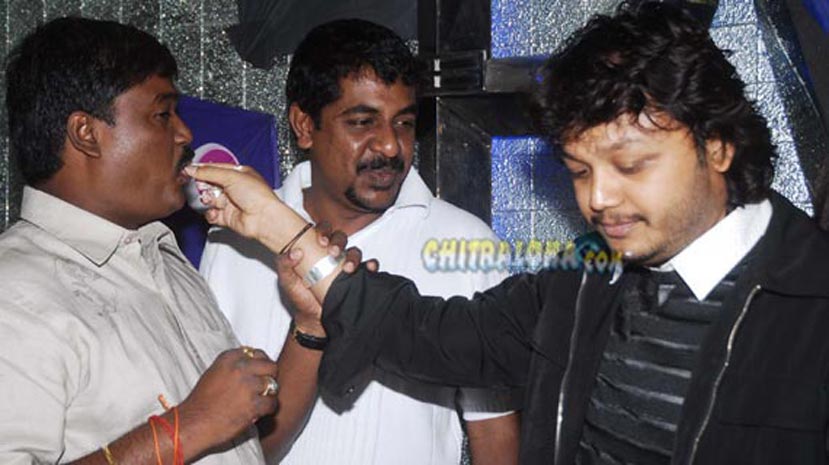 Dayal Padmanabhan who profusely paid encomiums to Golden Star Ganesh for his total co-operation and top notch performance in the film Circus has now used his networking site to criticise Ganesh for his poor attempt in direction. The same Dayal had shed tears when talking about the level of risks undertaken by Ganesh during the shoot of thrilling sequences of the film.

But all this is forgotten now. Without naming him or the film Kool, Dayal has blasted Ganesh in his facebook wall. But the reactions to the nothings will prove that every one of the respondents have clearly understood that the comments are made against Ganesh and his recent directorial venture Kool. What a way to take revenge against an actor who had blatantly supported the director even after he had given a few flops earlier.

To be fair to Dayal it has to be said that he is one person who knows about films much more than many Kannada film directors. He is a serious film buff and is in the habit of seeing many films that come out in different languages. His film appreciation levels are also quite good, but for once he has fallen to the sweet revenge syndrome that always hits the jealousy filled film industry.

"Went alone to Mantri Mall INOX and Watched '....'! My god! when a professional Director directs a bad film, he can be forgiven! but wen the same is done by a Unprofessional guy,its intolerable! shhh..! My dear friend pls focus only on What u know completely as u know very well its difficult to retain a status in the film industry though u r a professional and status depends on the hit ratio..! good luck..!' is the noting of Dayal.

Another film director Chaithanya of Aa Dinagalu fame has responded even harsher- 'Hope it is a lesson... for a few other actors... who are trying to make K(F)OOLS of themselves...'. Is he telling something to his prot