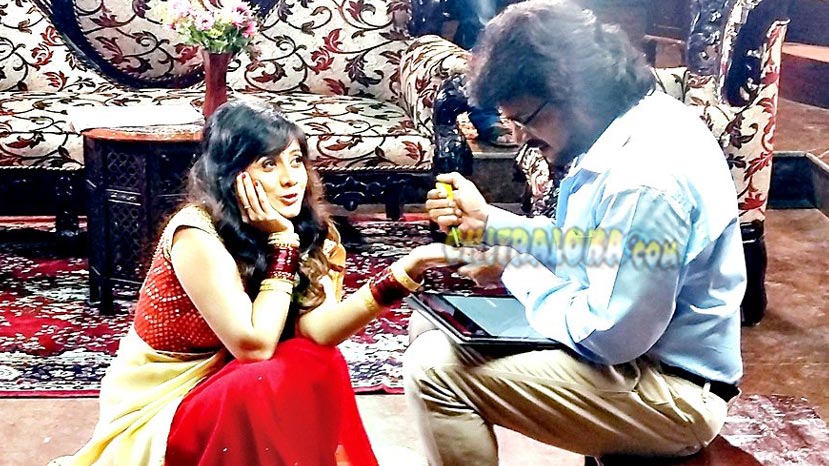 Actress Harshika Poonachcha who has got a complete make over has silently shared screen space with Upendra in 'Upendra Matte Hutti Baa - Inti Prema'. The actress has participated in the shooting of the film recently.

'Upendra Matte Hutti Baa - Inti Prema' is a remake of Telugu hit 'Soggade Chinna Nayana'. Upendra will be playing dual role in the film. Prema and Shruthi Hariharan are the female leads. Ravishankar, Vasishta Simha and Avinash have been roped to play prominent roles in the film.