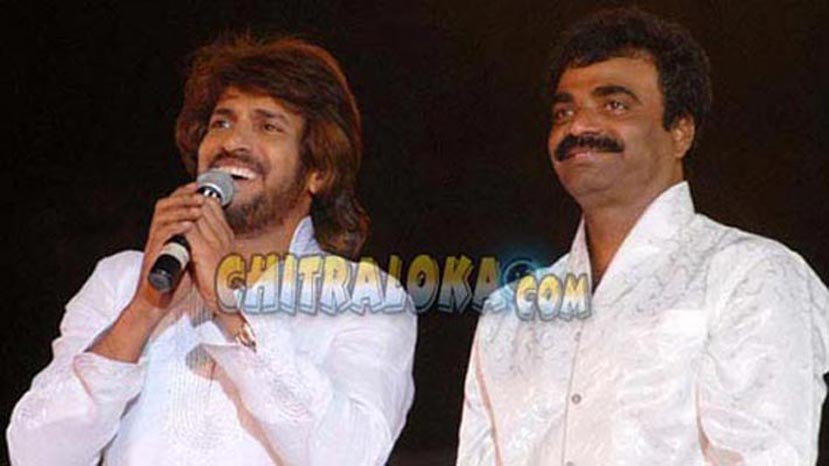 The 125 day celebration of Upendra starrer Super and the 25 films felicitation programme organised by Rockline Production house was a fantastic success in terms of the participation of the industry representatives, artists and technicians of the film Super and all the 25 films made by Rockline and the gaiety, glitz seen in the function.

Almost all the artists of Super and the lead artists of the other 25 films barring a few like Power Star Puneet Raj Kumar who was on his way to Australia on a Holiday trip with his family members who were invited attended the function. Sai Kumar was also conspicuous by his absence while many heroines like Shilpa Shetty, Malashri also did not make it. But the sentiment attached to the Rockline 25 function which saw the production house felicitating all the lead artists and technicians was itself commendable. Every technician was looked after as a special guest unlike in the cinema based functions where only stars are given prominence. All the guests were treated as Maharajas. The whole function got an electrified look when Rebel Star Ambareesh, Crazy Star Ravichandran, Shivaraj Kumar and Darshan came to the function. It was a good gesture by Actor Sudeep who had come to the function despite not being part of any Rockline films so far.

Before the felicitation programme the 125 days celebration of Super was also held. Nayantara remained the major attraction of the function. Veteran actress Padmabhushan Dr. B.Saroja Devi was the special guest in the function. All the artists and technicians of the function were felicitated.

Thankfully the speeches were short and precise, except that of Joe Simon who had made a thanks giving speech to Rockline. Over all the function was Supero Ranga.