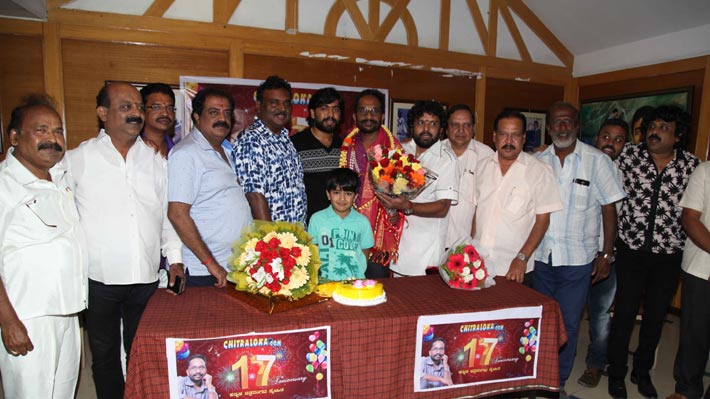 Ravi Hegade recalled the launch of Chitraloka.com and said that Chitraloka.com is not only a leading website of Kannada cinema, but also highly updated in terms of technology also. ‘Chitraloka.com has been consistently updating in terms of technology. The website has been delivering exclusive as well as breaking news from the beginning and I remember it was Chitraloka which blasted the news of Dr Rajakumar’s kidnap. Veeresh rang me in the early morning and it was he who gave me the news of Dr Rajakumar’s kidnap. Apart from that also, Chitraloka has been giving many exclusive news which even won't get. Moreover chitraloka is a industry friendly and never goes behind the controversies said Ravi Hegade.