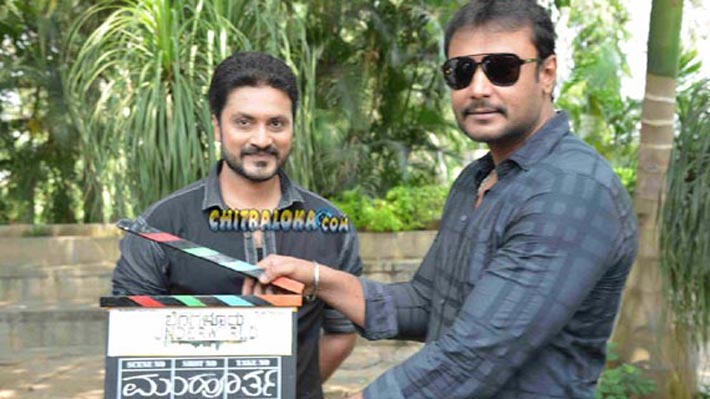 The shooting of one more film, Bangalore Underworld, starting Aditya and directed by PN Satya has been cancelled on Monday in support of Ambareesh. This comes after cancellation of shooting by Yash's Santu Straight forward and Rakshit Shetty's Kirik Party. Sources say all films which had shooting tomorrow will strike.

Aditya starrer 'Bangalore Underworld' which is being written and directed by P N Satya was launched in Sri Ramanjaneya Temple in Bangalore.
As the title itself suggests, the film revolves around the underworld of Bangalore. Satya says he has written the story of the film based on an article which appeared in a newspaper a few years back. Not only the story, Satya has also written the screenplay and dialogues of the film.