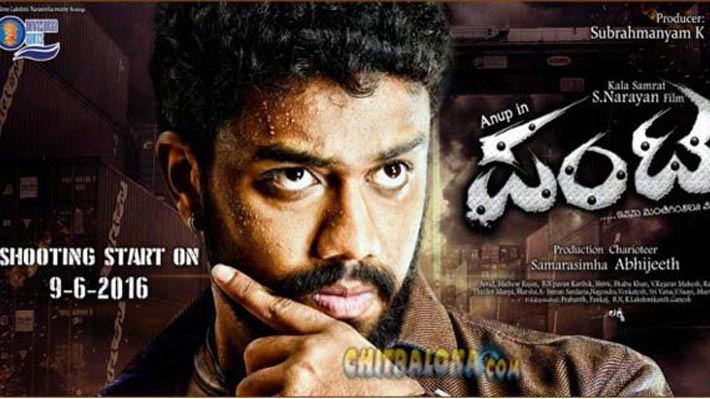 Chief Minister Siddaramaiah had sounded clap for Anup Revanna's debut film Panta. Now the Chief Minister is all set to sound the clap for Anup's second film 'Panta' also. The launch of 'Panta' is scheduled on the 09th of June at the Kanteerava Studios and Chief Minister Siddaramaiah will be sounding the clap for the first shot of the film while South Indian Film Chamber of Commerce president H D Gangarahy will be switching on the camera while KFCC president Sa Ra Govindu will be lighting the lamp.

'Panta' is being directed by S Narayan and Amid has written the story of the film. The heroine of the film is yet to be announced soon,