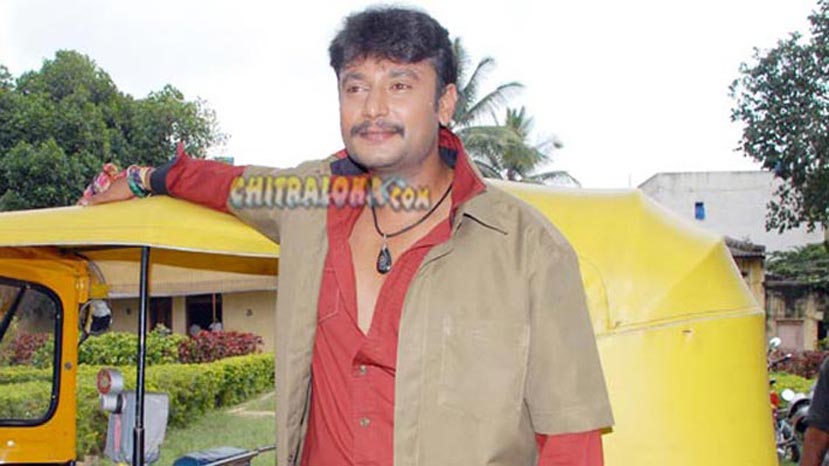 The audio album of Darshan-Deepa Sannidhi starrer Saarathee is now being released at Rajajinagar Rama Mandira Grounds on Sunday, the 19th June 2011 at 10.00 A,M. After the Challenging Star arrives at the venue from the Auto Stand at the Raja Rajeshwari Temple grounds driving an Auto Rickshaw. Earlier the Malleshwaram Grounds were chosen as the venue, but since the grounds was not available on 19th June, a change has been effected now.

The audio release function will be held at Malleshwaram in presence of public and a large number of Kannada film enthusiasts and Auto drivers. Darshan is also felicitating ten to fifteen Auto Drivers who have won appreciation and medals from the Police Department for showing a high degree of honesty in returning the materials found in their Auto Richshaw left by forgetful passengers.

After finishing the audio release function at Rajajinagar Ram Mandir grounds where the film's director Dinakar Thoogudeepa, Producers KCN Chandrashekhar and Sathyam Raju, Music director Hari Krishna, Cameraman Krishna Kumar and the film's heroine Deepa Sannidhi will be present, Darshan will be moving over to Malleshwaram Auto Stand where the audio will be released again at 12.00 Noon. Similar programmes are organised at Majestick (in the Service Road near Ayurveda College in the Tank Bund Road opp to Bengaluru Bus Stand) at 1.00 P.M.

Speaking to Chitraloka Mega Portal, Dinakar says that the organisers have planned to stick on to time, but there cannot promise spot on time because of many problems that the team may encounter during the auto drive. Alternative plans will be put in place if there is any sort of disturbance is encountered, says Dinakar.

Dinakar also said that the audio release function has also been planned in Mysore and Hubli sometime later and the dates for the programme has not been finalised yet. He said on 20th June, Darshan has taken a day off to be with the electronic media to give special programmes about the audio release function in which Deepa Sannidhi and Music director Hari Krishna are also expected to participate.

As usual Chitraloka Mega Portal has been following the developments about audio release and is breaking the news at the earliest as has been its usual practice.