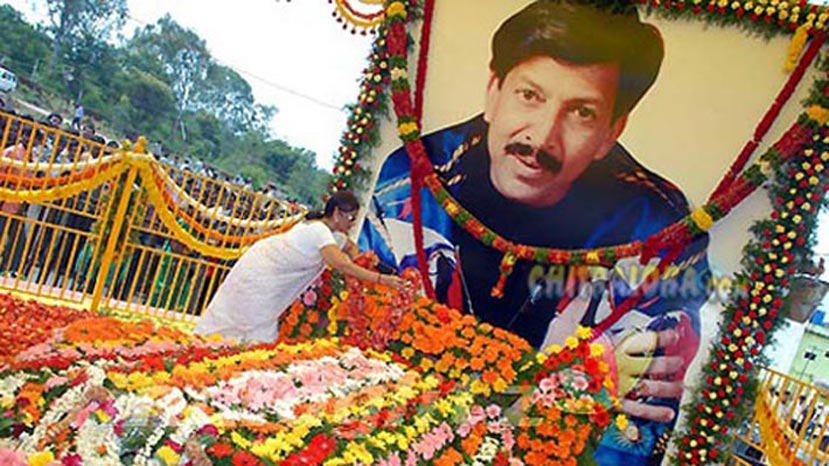 Dr Vishnuvardhan's fans including Dr Vishnu Sena Samithi has held a protest today afternoon to oppose the shifting of his Memorial to Mysore. The protest will start from Town Hall at 3 PM and the fans has decided submit a memorandum to the Chief Minister in this regard.

Recently, there was a rumour that Dr Vishnu's memorial will be shifted to Mysore and the Government has already taken a decision in this regard. However, the fans have been opposing the shifting of the memorial from Abhiman Studio to Mysore. So, the fans have decided to stage a protest against this and thousands of fans are expected to participate in this protest.