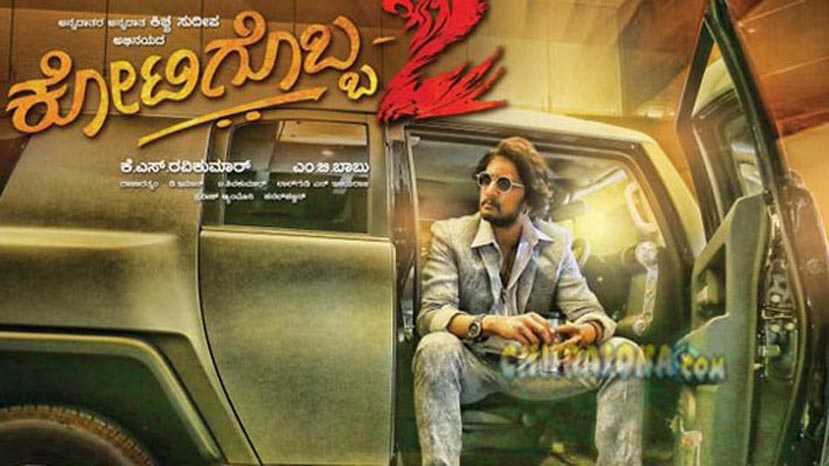 The first look posters of Sudeep starrer 'Kotigobba 2' has got an huge response in the social networking sites. The first look posters of 'Kotigobba 2' were released recently and has got huge response in Face Book, Twitter and other social networking sites. The fans of Sudeep are making it a huge trend and the posters have become quite popular among Sudeep's fans.

Nitya Menon, Chikkanna, Mukesh Tiwari, Devaraj and others play prominent roles in the film being produced by Soorappa Babu and directed by K S Ravikumar.