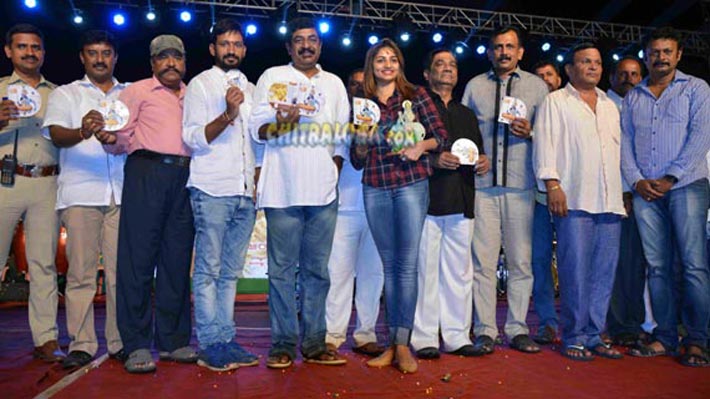 The songs of Vijay starrer 'Dana Kayonu' was released amidst much fan fare in Kanakapura on Friday night. Actress Rachita Ram, distributor Basha released the songs of the film. If everything had gone right, then Power Minister D K Shivakumar was supposed to release the audio of the film. However, D K Shivakumar and his brother D K Suresh were absent for the audio release.

Even Vijay and Priyamani were not present during the occasion. In their absence, Rachita Ram released the audio. Director Yogaraj Bhatt and Kanakapura Srinivas were present.