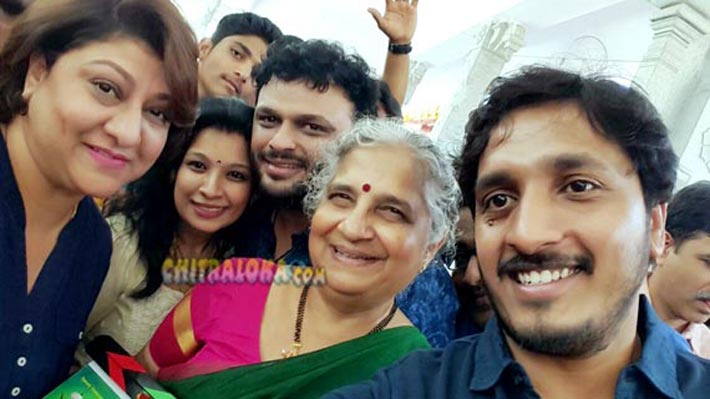 Choreographer turned director Imran Sardariya's new film 'Uppi Huli Khara' starring newcomers was launched on Sunday in Bangalore. Infosys Foundation chairman Sudha Murthy came in as the chief guest and sounded the clap for the film. Actress Malasri is playing a prominent role in the film and she was also present during the occasion. Dharma Vish who scored music for 'Rathavara' and 'Ane Pataki' is scoring the music for the film. Movie is produced by M Ramesh Reddy.

The shooting for the music will resume soon.