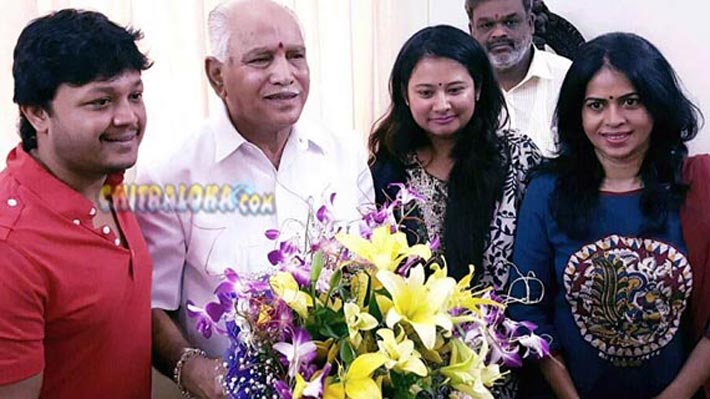 For three years now Shilpa Ganesh, the wife of popular Sandalwood star Ganesh has been an active member of the BJP. She joined the party in April 2013. She was made the state vice-president of the BJP's Manila Morcha or the women's wing.

But Ganesh has never been active in politics himself but supported his wife.

Now after BS Yedurupappa was selected as the state BJP chief it was not just Shilpa who went to congratulate him personally but also Ganesh. It was this gesture by Ganesh that has made Sandalwood folks sit up and take notice and wonder if Ganesh is also looking to take a plunge into active politics. Moreover the next State Assembly election is only 2 years away.