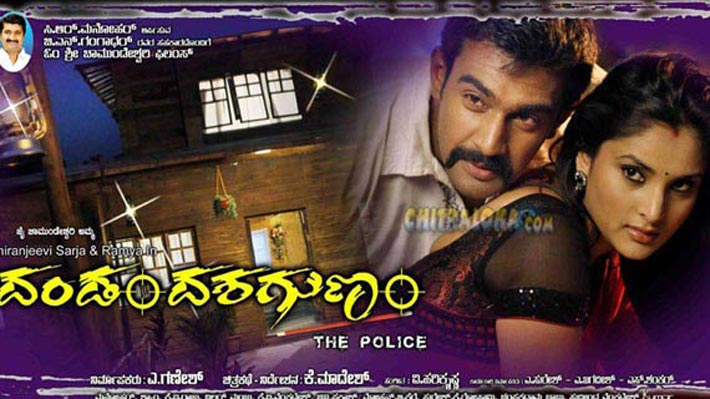 The audio album of Chiranjeevi Sarja and Ramya starrer Dandam Dashagunam directed by Maadesh and produced by Ganesh will be released on Monday night in a private function in Bengaluru. Hari Krishna is the music director of the film. Incidentally actress Ramya who was touring Europe after getting training for Entrepreneurial course will be returning to Bengaluru to be part of the audio release, said producer A. Ganesh.

Dandam Dashagunam is a hugely budgeted film in which Kempe Gowda's villain Ravishankar is playing another memorable character, sources said. Ravishankar was first chosen to play the villain's role in this film, but actually two of his films-Kote and Kempe Gowda which was signed later to Dandam Dashagunam- have already been released to a good response. The reactions to Ravishankar's performance in Kempe Gowda has been fantastic.

The film is a remake of Tamil Hit Khakka Khakka which had Surya and Jyothika in the lead.