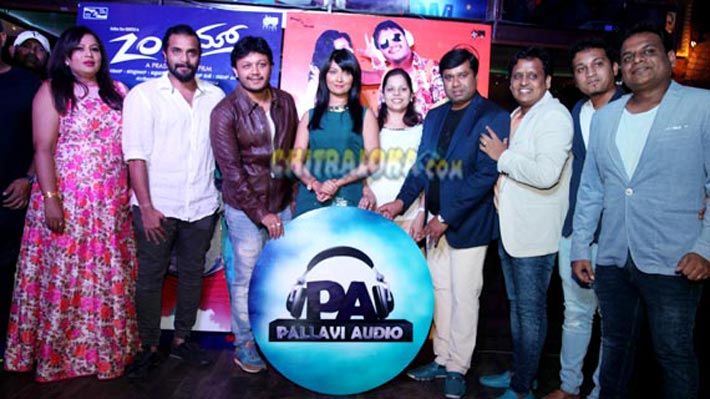 The songs of Ganesh-Radhika Pandith starrer 'Zoom' was released amidst much fan fare on Friday night in Bangalore. The songs of the film has been composed by S S Thaman, who has earlier composed songs for 'Power Star' and 'Chakravyuha'. There are totally five songs in the film and Puneeth Rajakumar has sung one of the song. The songs have been shot in Italy and other places.

Apart from Ganesh and Radhika Pandith, 'Nenapirali' Prem, Tarun, Murali, Ravishankar Gowda, director Prashanth Raj and others were present at the occasion.