Sridhar and Team Stages Dharna Before Censor Board Office 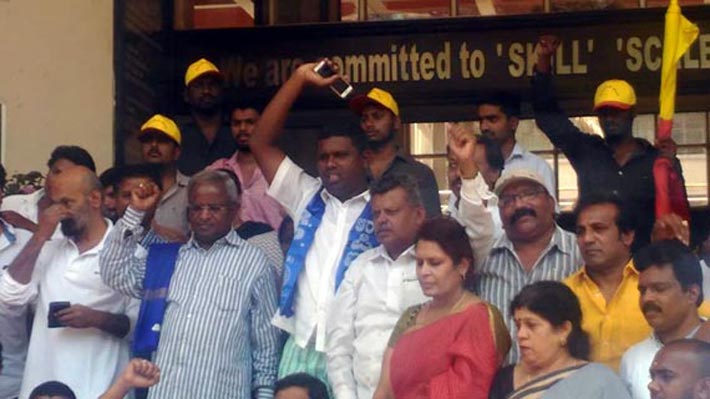 protest at censor office in bangalore

As announced earlier 'Agni' Sridhar and other pro Kannada activists protested in front of the Censor Board office on Thursday morning. Earlier, 'Agni' Sridhar who was upset about the Regional Board of Censor Certification about muting many dialogues in 'Kirigurina Gayyaligalu' along with others went to the Censor office in Koramangala and tried give a memorandum, but the Censor officer Natasha D'souza was busy watching a film. However, 'Agni' Sridhar, Indudhar Honnapura, Dwarkanath and others had announced that they would stage a 'Chaddi Dharna' in front of the Censor Office on Thursday.