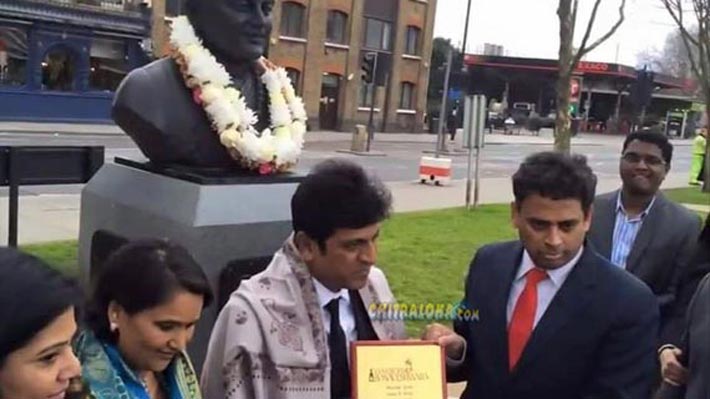 Actor Shivarajakumar was honoured with the prestigious 'Visionnaire' award in front of the Basavanna statute in London. Shivarajakumar's latest film 'Shivalinga' got released in London on the 19th of March and Shivarajakumar had gone there with his wife Geetha Shivarajakumar, daughter, son-in-law and others. Meanwhile, the Kannada Sangha decided to honour the Century Star during his visit.