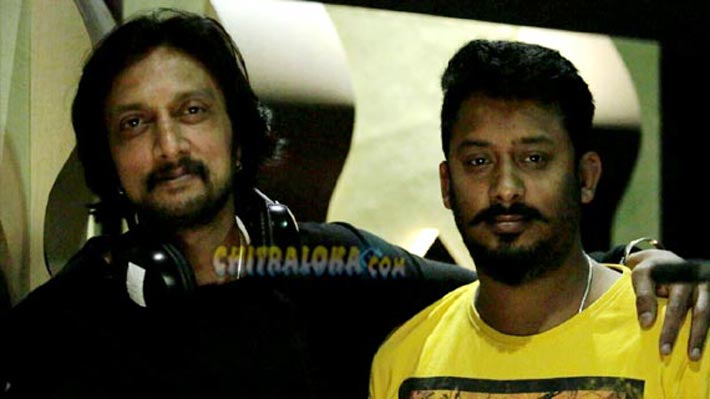 Sudeep has dubbed a narration for Sharan's new film Jai Maruti 800. The dubbing was done on Wednesday at the Balaji Digi Studio. Sudeep's voice is considered lucky for film voiceovers. Since he dubbed for Sangolli Rayanna a few years ago, he has been approached for many films and he has always obliged. Earlier this week, he also gave voice for Puneeth's new film Chakravyuha. Jai Maruti 800 is a comedy film directed by Harsha.

Shooting for the film started in July last year and the major portions of the talkie was completed by December 31. Then the film team went to Malaysia to shoot the songs. The post production work is under full swing and the film's first copy should be ready soon.