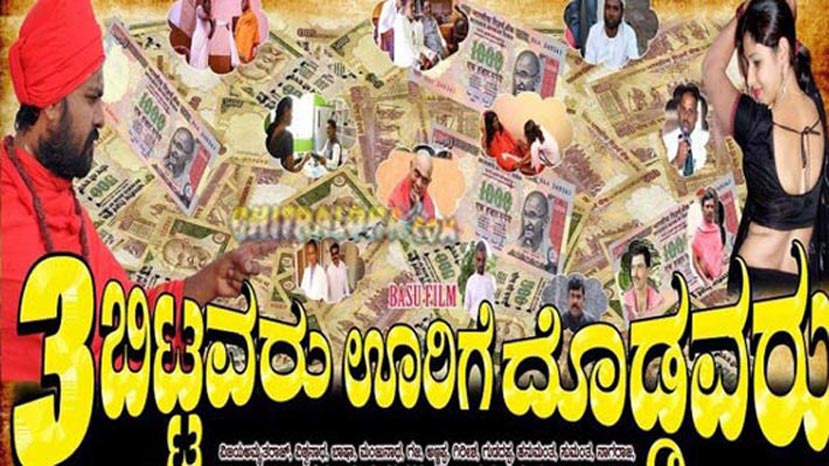 After the Regional Censor Board had rejected a certificate to Kannada film 3Bittawaru Oorige Doddavaru, two months ago, the Revising Committee which watched the film has cleared it. The RC has given the film U/A certificate. The board had rejected the certificate earlier as it felt the film had sensitive issues and could create misunderstanding. The film is about a fake swamiji and how he is exposed by a real swamiji.

The film is directed by Basavaraj Koppal, who was earlier an assistant to Yogaraj Bhat. Chitraloka was the first to report about the film's plight at the hands of the Censor Board. Koppal said, "Thanks to the coverage about the film, the RC saw the film in a different perspective. The RC members appreciated the film. My film is against superstitious beliefs and tries to tell people to have a scientific approach in life."