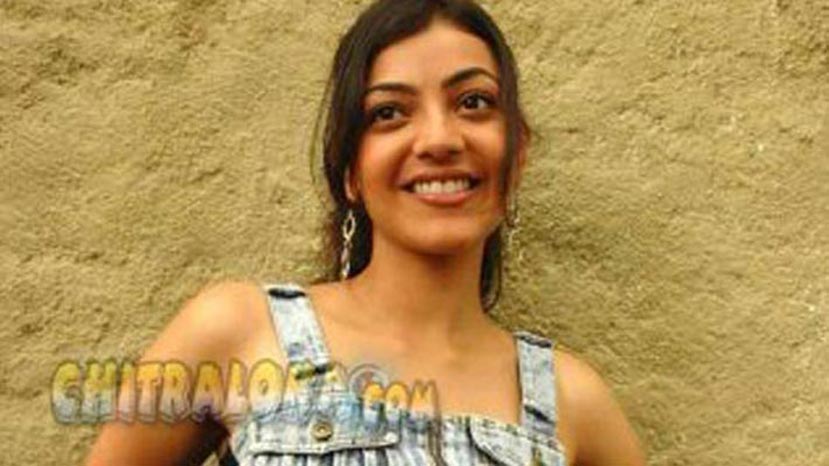 Glamorous Kajal Agarwal who is now the busiest heroine in South is all set to act with Darshan in the film Bul Bul, if her date matches with that of Darshan who is presently busy in shooting for song sequence in Bangkok. Bul Bul is the remake of Telugu film Darling which is being produced by Challenging Star's younger brother Dinakar Darshan and group of technicians comprising of director MD Sridhar, Cameraman A.V.Krishna Kumar, music director Hari Krishna and others. Kajal Agarwal had worked with Telugu film industry's handsome actor Prabhas in Darling which was made under the home production banner of the actor.

Darshan is presently working to finish his long pending projects like Harsha directed Chingari for which the final schedule is now progressing in Bangkok and Naganna directed historical venture Sangolli Raayanna for which shooting has to be completed in another two schedule. He is also to take up H.Vasu directed new film to be made with a new producer. Vasu's film will have the Pooja on the Vara Mahalakshmi festival day (August 12) after which five to six days shooting for the film has been planned without Darshan. The regular shooting of the film may start only in the month September 1.

Darshan has also planned to concentrate on the promotions of his forthcoming film Sarathy in July.

Under these circumstances, It has been quite difficult for Darshan to allot the dates for a film that is being produced by his own brother Dinakar in association with a few technicians. Unless the shooting and dubbing work for Kranti Veera Sangolli Raayanna is finished and major portions of the shooting for H.Vasu's film is completed, Darshan does not want to start Bul Bul for which he has to try with new look.

Dinakar confirms that Kajal Agarwal has been approached for the role and she has agreed to work in her first Kannada film with a huge star like Darshan. Even the remuneration aspect has been discussed.

But now the point is Darshan cannot allot dates for the film until his prestigious project Kranti Veera Sangolli Raayanna is finished for which shooting for four schedules has been over. We cannot discuss anything with Kajol unless we have dates of Darshan. That is the only thing that is creating hitch in bringing Kajol to our film' says Dinakar. Kajol Agarwal is busy both in Tamil and Telugu films and has even worked for her first Bollywood venture with Ajay Devgn in the remake of Singam. Since she is the most sought out artist in Telugu films where she is considered as the luckiest star. In the Telugu film industry her record of working in Mega blockbusters like Magadheera, Brindavanam, Darling and the recently released Mr. Perfect has made her the number one star. She has signed films with top stars like Mahesh Babu in the Businessman to be directed by Puri Jagannath and Pawan

Kalyan in the remake of Hindi Hit Dabbang. She has also been chosen for KV Anand's new bilingual venture Mattran starring Suriya.

Still Kajol has shown interest in working in a Kannada film, but now everything depends on Darshan's call sheet for Bul Bul.