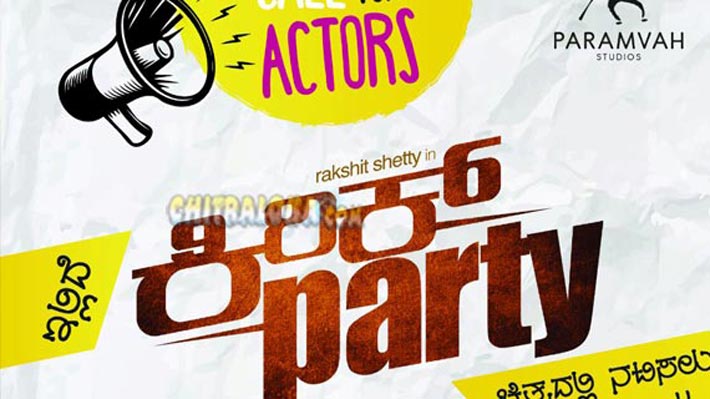 Actor turned director Rishabh Shetty who is riding on the goodwill of 'Ricky' is all set to launch an audition for his new film called 'Kirik Party'. The audition will be held at Vijaya College in Jayanagar on 6th and 7th of March.

'Kirik Party' stars Rakshith, Achyuth Kumar and others in prominent roles and Rishabh is in search of some fresh faces including the two heroines of the film.