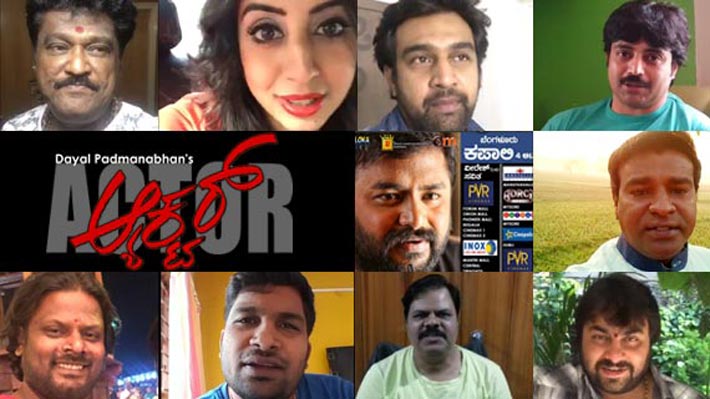 Well known Kannada artistes including Jaggesh, Chiranjeevi Sarja, Sanjana, Mitra, Anirudh, Jagan, and others are promoting Chitraloka's first productional venture 'Actor' wholeheartedly. 'Actor' had got a overwhelming response from the audience who watched the film during the world premiere at the 08th Bangalore International Film Festival. After that 'Nenapirali' Prem and 'Jogi' Prem came forward to promote the film.

Not only Prem and Prem, many artistes have come forward in the recent days and have extended their full fledged support to the team of 'Actor' and is promoting the film.