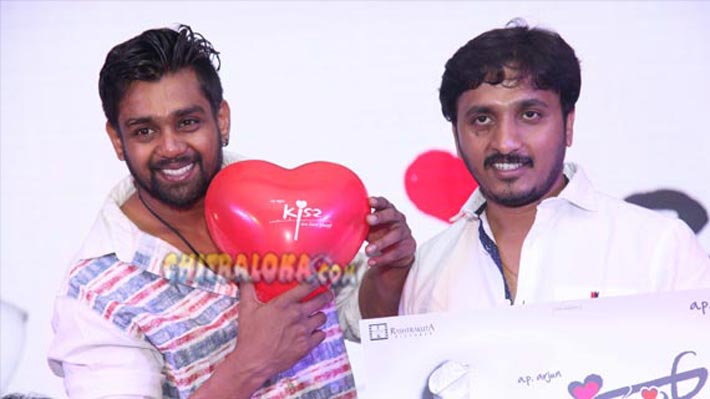 His last film 'Airavatha' starring Darshan in lead role may not have proved a huge success, but that has not deterred director A P Arjun to start another film. A P Arjun has silently started a new film called 'Kiss'. The title of the film was launched on the Valentines Day.

'Kiss' is a film with a lot of newcomers. Arjun has himself written the story and screenplay of the film apart from direction. V Ravikumar is producing the film under the Rashtrakuta Pictures banner.

As of now Arjun is busy finding the suitable hero and heroine for his film. He will be launching an audition soon and will be finalising the hero and heroine. Apart from newbies, Ananthnag and Sadhu Kokila will be playing prominent roles in the film. The shooting for the film will be held in Bangalore, Mysore and Australia.

Like his previous films, Arju has roped in V Harikrishna to compose the music for the film. Girish Gowda is the cameraman.